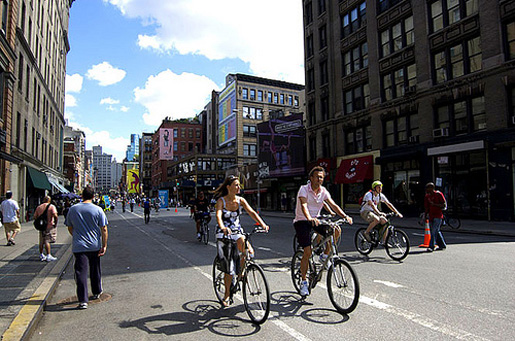 Sunday Streets—an ally of Slow Food—is also a growing environmental health movement. It re-envisions city streets as safe spaces for physical activities. The concept is simple: open streets for people on Sunday mornings to use as open space and create new car-free havens for physical activity.

Sunday Streets in San Francisco advances this movement and is modeled on an event that has been flourishing in Bogota, Columbia for over 25 years. In Bogata, over 70 miles of city streets are closed to auto traffic each Sunday morning and over 1.5 million Bogata residents come out to exercise and play. It has redefined that city. 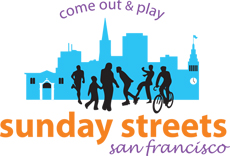 This simple yet revolutionary event has been replicated all over the globe, from Tokyo to Kiev, from Mexico City to Hong Kong. The results are the same: people joyfully redefining the space of their cities, embracing traditionally auto-dominated areas for exercise, relaxation, and exploration. Urban residents are meeting one another, building community, and having great fun doing it.

This year, Sunday morning activities have come the United States. New York City and Portland have already held successful events, and others are planned for Chicago, Seattle and Baltimore.

Check out the video of an amazing first week of New York City’s events:
www.streetfilms.org/archives/summer-streets-2008-nyc 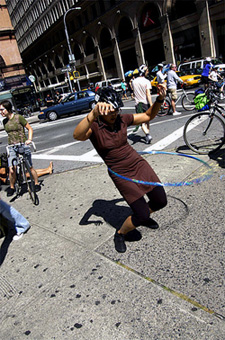 On Sunday, August 31 from 9am to 1pm, a four and half mile route of San Francisco’s streets will be open to pedestrian and bicycle activity. This route stretches along the city’s waterfront from the Bayview district to Chinatown, with superb views of the Bay and a path through the city’s diverse neighborhoods.

The event is free and open to all. The route is easy to access from public transportation and San Francisco hotels, located conveniently downtown. Travel the route on foot or by rented bike and explore free activities along the way. Bring your kids for special children’s activities. Run the bases at the San Francisco Giant’s AT&T Park. Join us on the Sunday morning of Slow Food Nation weekend to help make history and explore San Francisco in a whole new way.

Check out more about Sunday Streets and its many activities by visiting www.sundaystreetssf.com.