Slow Food in the Pacific Northwest 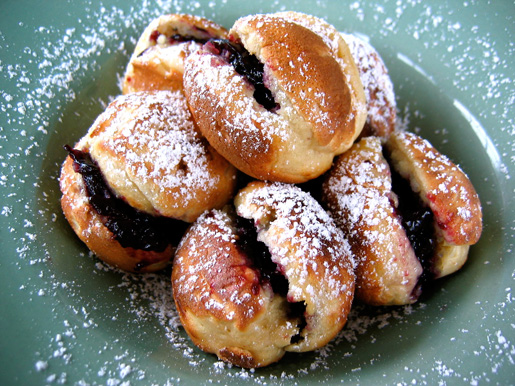 The Pacific Northwest has gotten plenty of great food press over the past couple of decades—salmon, marionberries, beer, wine—the list grows longer each season.

We live, supposedly, in an urban/rural Eden, where we can sip our carefully roasted coffee in the morning before kayaking or bicycling to work under lush trees and looming mountains; on our way home, we can pause to pick a few berries or, heck, catch a salmon before relaxing with locally crafted drinks.

Astonishing, really, given that a generation ago the region was just getting going, culinarily speaking. The first breweries, wineries, and locally inspired restaurants were just opening their doors; the first artisanal cheesemakers (and chocolatiers and bakers and more) were just starting to put their products together.

As Oregonian James Beard knew nearly a century ago, the Pacific Northwest has always been flush with edibles. But it took us a while to learn to imitate Beard and go berrying or cook fresh river trout over a beach fire.

So what changed? Instead of expecting us to hit the fields or forests for our fare, enterprising food folks learned that they could bring the grub to us. If they made the cheese or touted the salmon and made it easily available in stores and restaurants and farmers’ markets, we might learn to think differently about our green corner of the country. And we did so — with a vengeance.

Then there’s farmers like Anthony Boutard, who began farming at Ayers Creek Farm in 1998 and will be bringing his oh-so-regional loganberry preserves to Slow Food Nation. And producers like Marché Provisions, part of a restaurant/catering/specialty-food-shop operation founded in 1998, who’ll be bringing housemade charcuterie south to San Francisco.

We like to think there’s something special about our nook of the nation. But, as Slow Food Nation demonstrates, there are artisanal farmers and brewers and vintners and cheesemakers and preservers and more all over the country. So here’s to Oregon’s bounty — and the rest of the land’s, as well.

Caroline Cummins is the managing editor of Culinate. Read more >