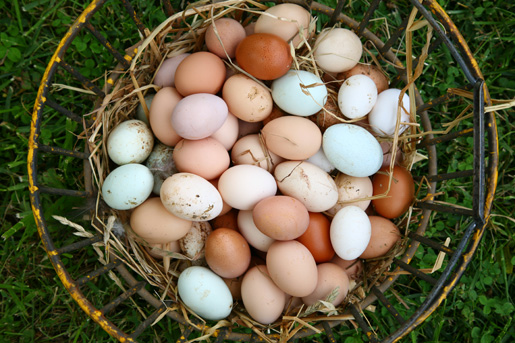 The recent debate over Proposition 2, eloquently outlined in Paul Shapiro’s post, is a timely example of the dilemma we now face: We want food we can feel good about, even after we know all the facts; but the vast majority of our meat, dairy and eggs still come from factory farms. So how did we get here, and how do we change course?

One of the guiding principles of the Slow Food movement is a belief that food should be produced “in a clean way that does not harm the environment, animal welfare, or our health.” As the director of the Animal Welfare Approved program, an organization that promotes the well-being of farm animals and the sustainability of humane family farms, I couldn’t agree more. We feel closely aligned to the Slow Food mission, as we too believe that it is important to be connected to your food and to those who produce it. The way food is produced is as important—if not more so—as simply being able to identify the source. There is a growing awareness of the impact that animal agriculture has on our environment, and the role we all play in choosing how to stock our refrigerators.

It should come as no surprise that farmers who are invested in the welfare of their animals produce high quality food. When animals are given the freedom to express their natural behaviors, fed a diet consistent with their physiology, and provided a low-stress environment, there are benefits for all involved: the animals, the environment, and consumers.

As a former organic poultry farmer in England, I watched my fellow farmers leave the countryside as farming was no longer a viable option. I came to America with a vision of reconnecting people to the source of their food. I believe this organization is doing just that. Our goals are ambitious, but achievable: to improve farm animal welfare, support family farmers, care for the environment, and unite conscientious consumers with farmers who practice high-welfare husbandry. As an extension of this mission, we offer free third-party accreditation to farmers who adhere to our husbandry standards. We were recently endorsed by the World Society for the Protection of Animals as having the highest animal welfare standards of any third-party certifier.

This is both our greatest asset and our greatest challenge. As we have raised the bar with respect to welfare standards, we must also take a role in helping farmers meet them. We function equally as third party certifier, marketing assistant, and extension agent in order to support and promote the independent family farmers we work with. We also recently announced our Good Husbandry Grants program, through which farmers may apply for grants of up to $10,000 to improve farm animal welfare. Much of the research on high-welfare husbandry has been done, but often farmers don’t have the resources for practical implementation. Through these grants, we will show how high-welfare husbandry can work to create sustainable food systems.

We will be involved in many different events throughout Slow Food Nation, and sincerely hope that you will join us. We will be partnering with Woodward’s Garden for a Slow Dinner on Sunday, and will be appearing in various Soapbox presentations on Saturday. I will be joining Patricia Whisnant, President of the American Grassfed Association, along with rancher Will Harris and others on a Grass-Fed Beef panel during Changemakers Day. Animal Welfare Approved farmer, Eliza MacLean of Cane Creek Farm, will be presenting with Chef Joe Bonaparte on heritage pigs raised on pasture, and Brian Anselmo of Good Shepherd Turkey Ranch will be speaking in a Changemaker’s Day presentation on the value and marketability of pastured heritage turkeys. If you are unable to attend Slow Food Nation, take a look at our website to learn more about the program and the outstanding farmers who are a part of it. If you are making the journey, we look forward to seeing you in San Francisco.

Andrew Gunther is Program Director for Animal Welfare Approved, a free program and food label that promotes the well-being of animals and the sustainability of humane family farms. As a high-welfare poultry farmer in the United Kingdom, Gunther developed the world's first pasture-based poultry hatchery and served in the UK's Department for Environment Food and Rural Affairs (DEFRA) poultry working group. He is currently part of the Texas State Board of Agriculture's organic advisory board and a member of the American Association of Agricultural scientists. Read more >