Drink and be Merry: The Spirits Pavilion | Civil Eats

Drink and be Merry: The Spirits Pavilion 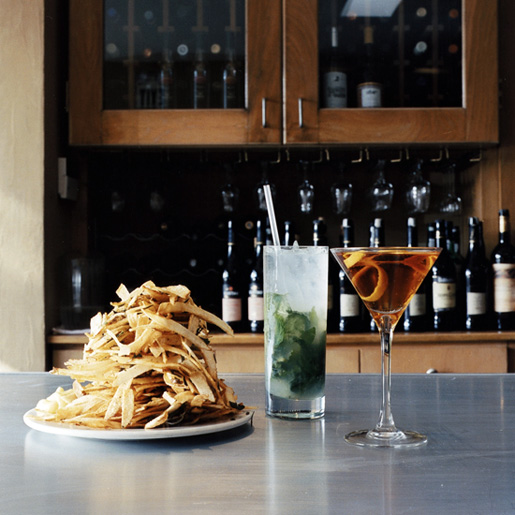 At first glance, it seems like a distant connection from the wood-paneling-and-mirrors saloons of 1860s New York, where the mustachioed, vested Jerry Thomas mixed drinks, to the sleek modern bars of the Tenderloin and North Beach, where a fresh crop of bartenders are making concoctions with seasonal fruit and fresh herbs. But ask Allen Katz, one of the curators of the Jerry Thomas American Cocktail Bar—also known as the Spirits Pavilion at Slow Food Nation—and the connection between bartenders of old and the modern cocktail is very real.

“Thomas reminds us that there is cultural value in the heritage of the American cocktail,” he says. “It occupies a germane and unique place in American gastronomy.” Cocktails are wholly an American art, originating at the hands of great mixologists like Thomas—and the thousands of thoughtful people who craft cocktails behind bars from coast to coast. Modern mixologists carry on a tradition and further develop the art with creativity and reverence for classic ingredients and formulas.

At Slow Food Nation, these mixologists will be the main attraction. A cast of San Francisco bartenders from the local chapter of the United States Bartenders Guild will be making original cocktails using sustainably-made spirits. Katz and co-curator Greg Lindgren have worked hard to 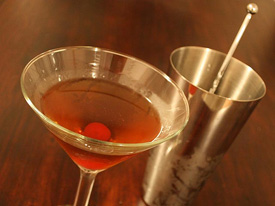 include distilleries that exemplify Slow Food’s ethic. “Spirits are made from the same commodity ingredients that the Slow Food conversation is about,” Katz says. “These same issues—fuel, grain shortages, et cetera—drive the spirits industry.”

To that end, the pavilion will showcase examples of distillers that source organic ingredients and those whose operations incorporate sustainable practices, from recycling and energy usage to anaerobic heat production for distillation.

“This pavilion is about engaging in a conversation to define what Slow Food is for Americans—cocktails are a natural part of that conversation,“ says Katz, who also serves as the president of the Slow Food USA board of directors.

Co-curator, Greg Lindgren, has been a strong proponent of Slow Food values in his trio of celebrated San Francisco bars: Rosewood, Rye and 15 Romolo. His attention to fresh ingredients and small-batch spirits has garnered him national attention and puts him in excellent stead to develop a list of craft distillers for the pavilion including Charbay, a family run distillery in Napa; St. George Spirits, the craft distillery behind Hangar One Vodka and a long list of eaux de vie, whisky and liqueurs; and gin producer Distillery 209 (so named for the patent number assigned to an accomplished 1880s distiller William Sheffler, whose winery property in St. Helena now belongs to Distillery 209 founder Leslie Rudd).

Small craft distillers will have a strong presence, but Lindgren and Katz are giving equal space to distilleries large and small, as long as their practices fit within the mission of Slow Food. Visitors to the pavilion will be able to taste and talk with reps from such giants as Maker’s Mark, Wild 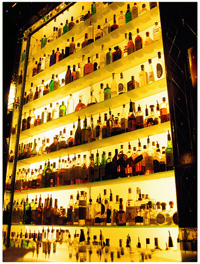 Turkey and Plimoth Gin, as they make their way from the bar to the cocktail history museum. There, visitors can check out antique bar tools and rare distilling equipment, original cocktail recipes and books, most likely including the world’s first drink guide, “The Bon Vivant’s Companion,” penned by Jerry Thomas in 1862.

In the Spirits Pavilion, the link to history is strong—but the tradition of innovation that Jerry Thomas began more than a century ago is thriving now more than ever. My guess is that Thomas would be thrilled that this gathering bears his name—but he’d probably rather just get behind the bar with his colleagues and see where the mix is going next.

Photos, from top, by Aya Brackett, Kenn Christ and coba

Jessica MacMurray Blaine is a food writer based in Eugene, Oregon, where she also occasionally teaches magazine writing at the University of Oregon. She is the marketing & communications director for Marche, a restaurant group focused on seasonal, sustainable, regional food. Read more >