The Cheese Pavilion at Taste 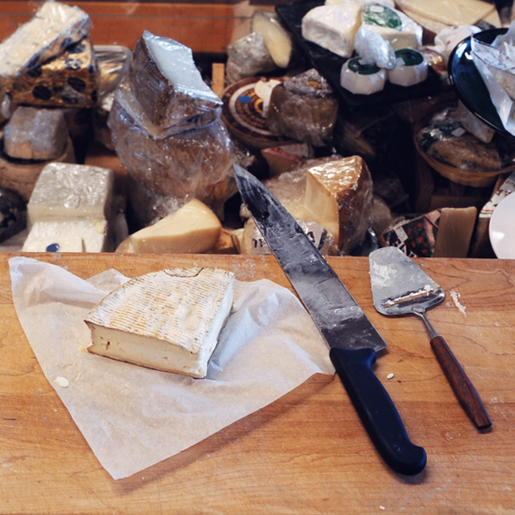 As the nation’s leading dairy state and second-largest producer of cheese, California is a natural location for Slow Food Nation’s Cheese Pavilion—an homage to all things cheesy.

And it’s only proper that the Cheese Pavillion be hosted by none other than Peggy Smith and Sue Conley, founders of Cowgirl Creamery in Point Reyes Station, along with Lynne Devereux, president of the California Artisan Cheese Guild, which promotes the state’s cheese-making community.

From raw milk cheeses to fresh-as-it-gets mozzarella to handcrafted Jersey cow milk yogurt packaged in charming, reusable, ceramic containers, attendees will get a chance to sample the best of the best from 54 producers across the country. It’ll also provide a rare opportunity to taste some extraordinary cheeses made on such a small scale that they’re not normally available to purchase in stores.

Throughout the weekend, the pavilion will host speakers who will give short presentations on everything from the importance of pastures to milk components to cheese production. Additionally, exhibits will illustrate the history of cheese-making in this country. 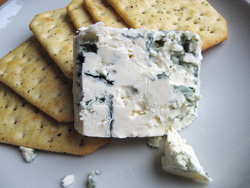 “We want to show people that good cheese comes from good milk, and how we actually get good milk,’’ says Smith, who worked in the kitchen of Berkeley’s Chez Panisse for 17 years before starting Tomales Bay Foods in Point Reyes Station. The facility houses the original Cowgirl Creamery, where award-winning cheese is made from local, organic milk from family-owned Straus Creamery on Tomales Bay.

Smith is particularly excited that the pavilion will offer tasting plates of American raw milk cheeses, especially because there are many misconceptions surrounding raw milk cheeses. Yes, people can eat them, but the Food and Drug Administration requires that any domestic or international raw milk (unpasteurized) cheese sold in this country must be aged for more than 60 days in order to lessen the conditions in which pathogens could survive.

Those regulations don’t exist in France. As a result, it’s difficult to find a true Brie or Camembert in this country, Smith says, because those cheeses are at their optimum after aging 30 days. Unfortunately, when they arrive in the United States after 60 days, they are over-ripe. 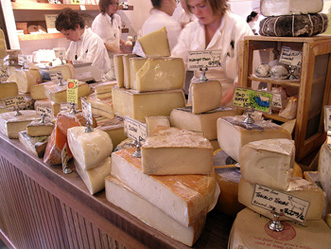 So do keep an eye out for the American Raw Milk Cheese Presidium, as well as such notable producers as Dancing Goat Creamery of Michigan, Pedrozo Dairy and Cheese Co. in the Sacramento Valley, Uplands Cheese Company of Wisconsin, and Mecox Bay Dairy in New York.

Visitors will no doubt eat up this pavilion. After all, Americans have quite the appetite for cheese. Per capita consumption was 31.85 pounds in 2006, according to the U.S. Department of Agriculture. That’s an increase of more than four pounds per person in the past decade.

“It’s a wild bunch that makes cheese,’’ Smith says with a laugh. “They’re always fun to talk to. You will always learn something from them. And we all have a good time doing it.’’

Photos by Aya Brackett, NiinaC and a75