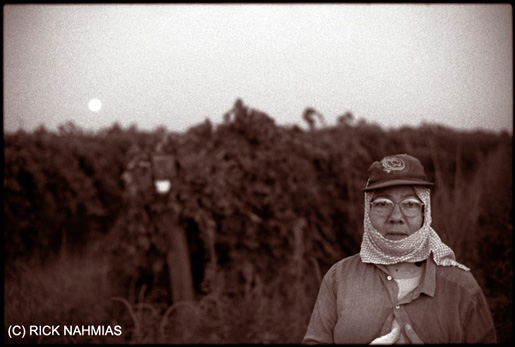 Rick Nahmias doesn’t equivocate when he talks about our cultural response to farm workers. “There’s something about our society…we don’t value or respect the people who are harvesting our food,” Nahmias told me over the phone recently from his studio in Los Angeles. “It’s not just that they’re sleeping on uncomfortable beds. These are people sleeping on cardboard mats under overpasses for three months at a go, and that’s so we can buy our grapes for 98 cents a pound. What are those grapes worth if that person has had to do that? I can’t see that. It doesn’t add up for me.” 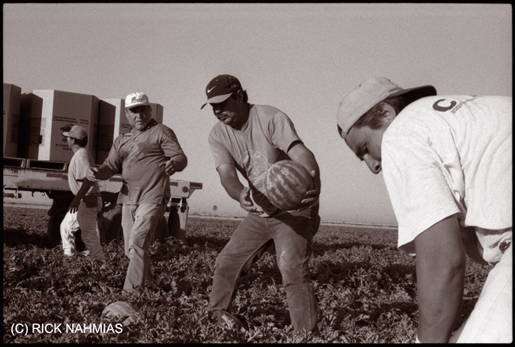 Nahmias, a writer and photographer, knows his subject. He spent nine months in 2002 and 2003 documenting the lives of migrant workers in California—the state that produces half of all fruits and vegetables we eat in this country—and he has spent much of the past six years disseminating their stories far and wide. He’s made it his life’s work to inspire a cultural shift. “There’s a long way to go,” Nahmias says. “It’s an ethical shift that has to happen.” Nahmias’ long-standing interest in food connects him to his work.

“As I’ve gotten into more ‘hobby farming’ lately I’ve found [growing plants] to be kind of a magical thing. It’s such an incredible experience to cut open a cantaloupe and take the seeds from that cantaloupe and create a hundred cantaloupe plants from it,” he says. “And then to think that there are people doing that work on a daily basis, six, seven days a week, and to think that we have no respect for the sacredness of that skill and of that job.”

In fact, Nahmias says, we go to the other end of the spectrum. 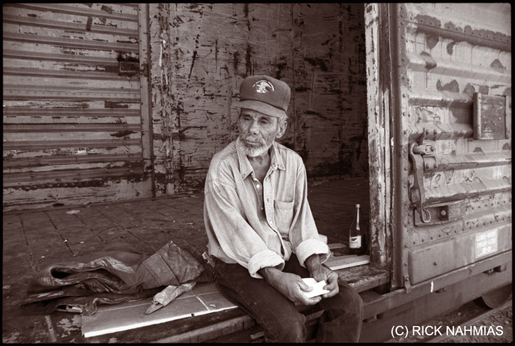 “These are people we don’t even want to pay a minimum wage to,” he says. “We don’t want to let them across our borders, we don’t want to give them any of the care or respect which other people in our country get for, I think, lesser jobs.”

It was in 2002, when Nahmias was working with Arianna Huffington on education issues, that he turned his attention—and camera lens—toward farm workers.

The results of his efforts took many forms: an exhibition in both Spanish and English that’s made more than two dozen stops around the country; an educators’ workshop; a middle- and high-school standards-based curriculum; and, most recently, a book, The Migrant Project: Contemporary California Farm Workers, published by the University of New Mexico Press. (Half of Nahmias’ own proceeds from the ongoing sales of the book are earmarked for farm-worker nonprofits and charities.) 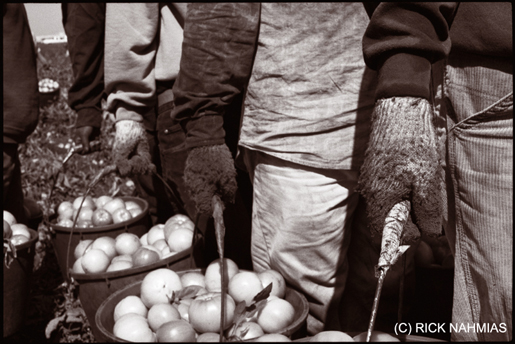 “I have to be honest, after we mounted the show the first time, in 2002, my plan was that I was going to go to Thailand for a short break to recharge, and come back and start on what would be the next project. But I realized then, and I realize virtually every day since then that this is a project that will be with me for life…it is with me for good.”

Although he has done other photo-documentary work, Nahmias always finds his way back to this topic. For the next two years he will be working with the California Institute for Rural Studies on a multimedia project called Fair Food: Field to Table, which will attempt not only to educate viewers on the harsh realities of agricultural labor in the U.S., but also to highlight current efforts to improve farm-worker conditions and educate people on innovative and replicable best practices from growers of all sizes across the nation. 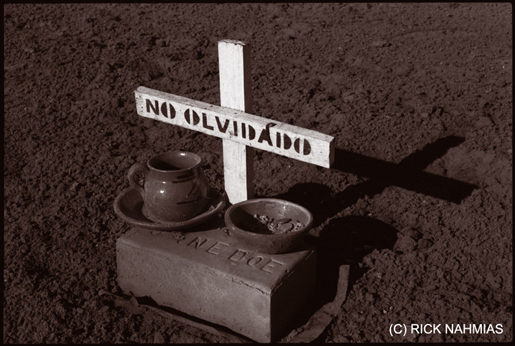 “I hope that if this work inspires anything, it inspires people to ask, ‘What is my personal responsibility as a recipient of this labor, or this food, which literally keeps me alive? In making sure that these people who do this work are treated fairly?’ I feel it’s a really valid question, and if we’re not asking it…it’s very, very sad.”

He pauses. “There needs to be a level, a basic foundation of compassion.” And that foundation, says Nahmias, has to be built by everyone who eats—vegetarians, vegans, and omnivores alike.

“No matter where you fall on the dietary spectrum, whether it’s caviar or it’s soybeans…there is some way in which the harvesting, growing, and preparations of those foods impact several chains in the social strata,” he says. “We can’t just say, ‘It appears.’” 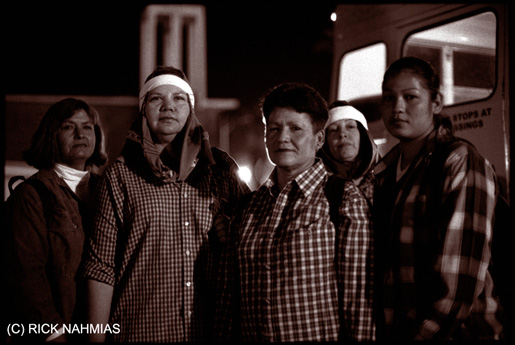 Kim Carlson is the editorial director of Culinate, a national food website focused on food awareness and home cooking. She lives in Portland, Oregon, where she relishes the bounty. Read more >