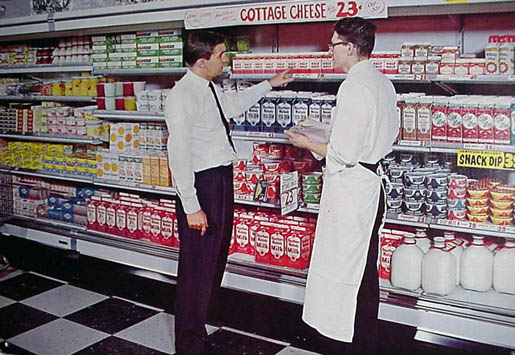 Have you been to the grocery store lately? Of course you have. Have you gone into shock at the prices yet? Of course you have. Even if you are like me and don’t spend a lot of time figuring out prices and food budgets, you have been caught off guard. It’s not just the price of that great filet, or wild salmon that has your head spinning. In fact, we expect those things to be higher. I pay just about $10 a pound for my favorite pastrami, and am happy to do it. But it is the staples that have me on pause.

According to the latest American Farm Bureau market basket survey of 16 basic groceries, the price was $45.03 in the first quarter, up 9% from the same period last year. They say that we are paying on average $2.69 for a five-pound bag of flour, 26% more than we paid last year. A gallon of milk has jumped 10 percent to $3.81. Cheddar cheese is now nearly $5 per pound. Wholesale egg prices have jumped nearly 60 percent. Pair this with the costs we pay for gas to get to work, or even to shop for food, the prices we pay for medical care and prescriptions, and the basics of keeping a roof over our heads and lights on, we are all feeling the squeeze. 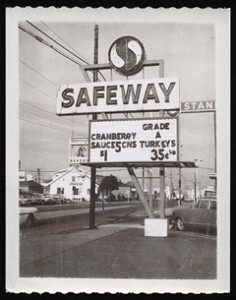 The U.S. Department of Labor Statistics tells us to relax, because in fact, we are paying a smaller percentage of our income on food than we did in 1901 when groceries took nearly 43 percent. The last time it was measured, we hovered around 14 percent. But since I wasn’t buying groceries in 1901, I can only say that in 2008 the pinch is real and doesn’t promise to let up.

Why the high costs? I just assumed it was rising fuel costs to transport the food. But the experts in sustainable food systems are saying that there’s more to it. Fuel costs are certainly a factor, but so is the cost of feed—primarily corn. The government’s mandate for ethanol production (corn based) has driven the costs up. And then there is the question of food scarcity around the world. Scarcity leads to demand. And with the drop of the dollar in the U.S. it is more cost effective for other countries to get their food here.

So what does it all mean for us? A colleague of mine suggests that it means that we will all have to learn to live with less. I would say that there are so many people who are living with so much less that there is no give in the game for them. Soup kitchens and food pantries are feeling big shortages. Children are already going hungry right here in the U.S. because of poverty. In a country where there are many who have a lot, there is an arrogance that exists in simplifying the solution to doing with less. At least that’s the way it feels to me. 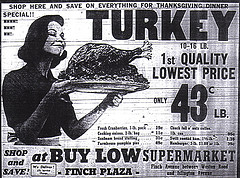 Food, and the ability to have fresh, fair and affordable food is a basic human right. Food insecurity for our young and for our elderly speaks to what comes in between. A community that does not have access to affordable, healthy food is also a place where there is poverty, low educational opportunities, vulnerable living situations, and huge health problems. As fresh food prices rise, it becomes more affordable to buy fast food or packaged and processed foods that bring with them obesity, diabetes and a number of diseases that lead to increased premature mortality rates. And here is the thing we must remember: it won’t be long until we all feel more than the pinch. If gas prices continue to rise, even those of us who see ourselves firmly planted in the middle class will feel the vice grip of food insecurity.

Solutions? Be aware. Push your policy makers on the state and national levels to take some steps. Look beyond your own kitchen to the needs of your community and your city, and become an advocate for food for all. Know what legislation, such as the Farm Bill or the upcoming Child Nutrition legislation that comes up in 2009, and make your wishes known. God old school—support your farmer’s markets, community gardens and your own little backyard crops.