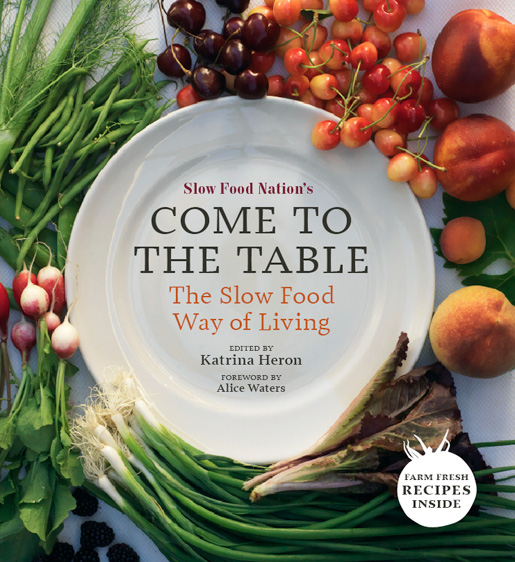 One of the lasting mysteries about food for me is how it can be so deeply personal on the plate and at the same time so very cosmically impersonal—and complicated—in the world. Learning about food systems and the politics and industry that define them has been a steady process of learning how much I don’t know and admiring those who can find a cogent and meaningful through-line to follow. I admit I was relieved when I realized a little while ago that, while there is much to be gained from tackling the large and knotty issues around agricultural production and distribution, industrial hegemonies and trade contortions, not to mention the Farm Bill (or, as Michael Pollan so aptly renamed it, the Food Bill), you can glean an amazing amount of useful knowledge across the spectrum by visiting a farmer.

We’ve all been encouraged to do just that, or at least to trace our food to its source. The trick is how to do it without getting in the way—of the farmer, that is. With any luck that didn’t happen when we crafted Come to the Table: The Slow Food Way of Living, a kind of companion book to Slow Food Nation that profiles a baker’s dozen of California farmers and will, thanks to our 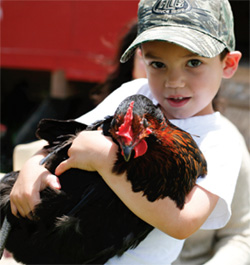 publishers at Rodale, roll off the presses just before Labor Day weekend. Fanning out across the state, we tried to capture some of the spirit and personality of people who are working to create large-scale change through small-scale enterprises.

Up near Mount Shasta, SFN’s executive director Anya Fernald spent time at Windborne Farm with Jennifer Greene, who is singlehandedly reintroducing the historic grains of the region to locals. Contributing journalist Carol Ness’s peregrinations included a visit to the wise and wizardly Pixie growers of Ojai and a burgeoning sustainable ranch, Clark Summit Farm, in western Marin County. Another contributor, Nate Johnson (a Harper’s magazine contributor who wrote an insightful piece on the raw milk “underground” for its April issue) went to the Burroughs family dairies in the Central Valley and to Monterey County to meet father-and-son partners Juan and Pablo Perez at J&P Organics. My own travels took me to Fresno, where I met Will Scott Jr., founder and president of the African American Farmers of California, as well as two Hmong farming families, the Vangs and the Mouas. On an amazing, and amazingly (to the uninitiated) hot morning, Alice Waters—who wrote the book’s foreword—and I walked with Mas Masumoto through his peach orchards before having a peach-laden breakfast with the Masumoto family on their porch. At the Tierra Miguel Farm in the Pauma Valley, north of San Diego, I felt a wild rush of exhilaration and relief on realizing that the verdant and well-loved ground I was walking had very nearly been lost forever to a country club subdivision.

Jenny Elia Pfeiffer shot most of the photography for the book, and two other photographers, Emily Nathan and Kim Westerman, contributed some beautiful work also. The cover photo is by Aya Brackett. 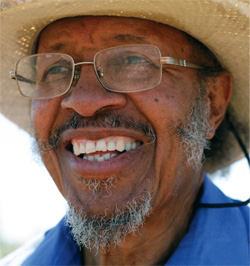 All the farms were different, of course, but by their own accounts the farmers have a lot in common: dedication to environmental stewardship; concern about livelihood and farmland preservation; optimism about the network effects that can flow from small-farm coalitions; and worries and hopes about growing new farmers. They also shared a quality of mild preoccupation, as if you were an interruption but not an unwelcome one. (As a New England native accustomed to a certain lack of fat in the conversation, I found myself recognizing the style of discourse.) Not a moment of the farmers’ time was idle, which meant that we got to see the daily routines and workloads in all their impressive and often daunting reality.

The farmers asked us to tell the story not only of how they farm but why they farm; they’re proud of the choice. Above all, they asked us to remind people that farming is by definition slow, full of infinite variety, and deeply satisfying as a way of life.

Full Belly Farm’s Judith Redmond (who has a smile tailor-made for that name) told me she still feels giddy every farmer’s market morning. “I wake up excited about the day. I love visiting with folks, I love the social atmosphere and the conversations and the hubbub of the market. I love to see farmers and customers getting to know each other.”

The book can be preordered at Powell’s Books, Barnes & Noble, Borders, and Amazon. Or find it at an independent bookseller near you.