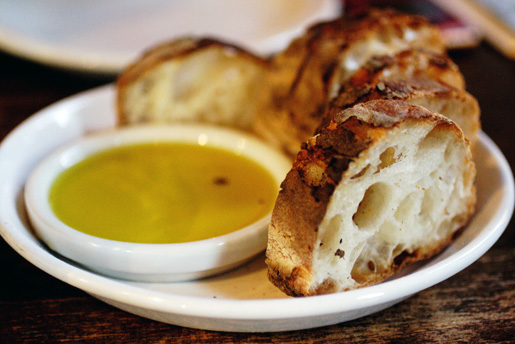 When Peggy Knickerbocker, curator of the upcoming Slow Food Nation’s Olive Oil Taste Pavilion, was traveling in Morocco years ago, she became inspired by the endless groves of olive trees and their extraordinary beauty. She decided to write her book Olive Oil: From Tree to Table to capture the love that people have around the world for producing and consuming this “liquid gold,” as Homer put it, several thousands of years ago.

Though we are no longer slathering our bodies with it, as Roman athletes did, Americans’ love for olive oil has surely strengthened as our Californian producers present undeniable talent and taste which equals their European peers. All of the growers featured at the taste pavilion are California growers, certified by the California Olive Oil Council, which adheres to the good, clean and fair tenets of Slow Food. These growers have made a proud commitment to the COOC, a council that 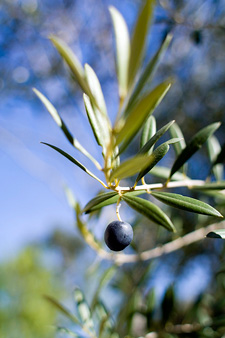 has flourished independently alongside the European Union’s International Olive Oil Council (IOOC), which aims to guide producers in the making of the finest quality olive oil while considering the importance of socioeconomic, conservationist, and trade issues.

In America today, olive oil is not merely something to cook, but a glorious indulgence, to be enjoyed on its own, as the experts at Peggy’s pavilion will enthusiastically suggest. Don’t look for recipes or food pairings or signs indicating “fruity” or “grassy” varietals at the heart of this pavilion, says Patricia Darragh of the COOC, who will be waiting alongside numerous other experts behind the initial tasting stage (which actually will offer traditional bread cubes). They’ll be there to give you a “discovery experience” in olive oil; one which will lessen the anxiety you will feel on your next trip to the market as you stare up at the spectrum of colored bottles ranging from chardonnay to emerald, wondering which will win your heart. If your interest continues past the cursory tasting, you will be ushered through a small olive grove donated by Sonoma’s Olive Ranch, to an exploration not only into the taste, but the culture of olive oil, as masterfully presented in an atmosphere of graphics and photographs by architect Brett Terpeluk.

Peggy emphasizes that all of the featured oils stand apart from your standard workhorse cooking oil. The oils featured from such producers as Apollo Olive Oil and Long Meadow Ranch are extra virgin (or as is common on bistro menus and in Food Network lingo, EVOO) and 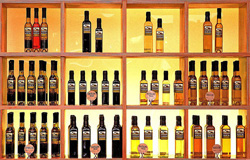 will require you to tune into your taste buds, search your vocabulary, and share in the wonder, with the guidance of experts, of this nectar of the Gods.

There’s no need to book tickets abroad to find a taste experience that feels otherworldly—come for a free taste experience on August 31 at the Olive Oil Taste Pavilion. Get used to an exotic taste that comes from California’s own rich olive groves.

Emily Callahan is an elementary school teacher in San Francisco whose first love is food then writing. She is very excited to be a contributor to Slow Food Nation this summer. Read more >