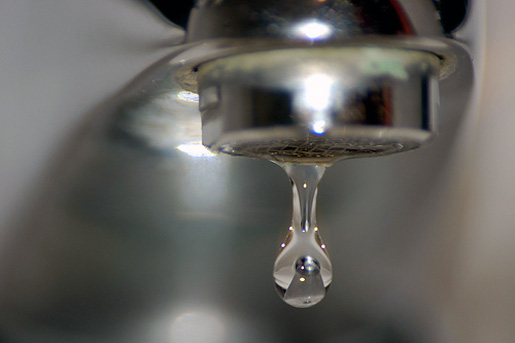 Bottled water is hard on the Earth, so it’s not surprising that water packaged in plastic won’t be sold at Slow Food Nation. Instead, the 50,000 people expected to attend the sessions showcasing sustainable agriculture and healthful eating will quench their thirst with tap water.

Slow Food Nation is not alone in its rejection of bottled water in favor of tap water. Across the country, big city mayors, including those in San Francisco, Salt Lake City, Minneapolis and New York City, have prohibited the use of city funding for bottled water. Restaurants on both coasts and everywhere in between are shunning bottled water and serving their patrons from the tap. University groups and event planners also are joining this trend to take back the tap.

At the University of Guelph in Ontario, Canada, for example, the Tap In! student group was fed up with the sale of bottled water during new student orientation. So this year, the bottles will be banned and, instead, a tanker truck will distribute water. Organizers figure this will spare the campus of thousands of plastic bottles.

While this bottled water backlash is real and growing, much work remains in the quest to take back the tap. And that’s where Washington, D.C.-based Food & Water Watch enters the picture. The non-profit organization dedicated to breaking the stranglehold that multinational corporations have over our food, fish and water resources has been busily educating consumers across the country about why bottled water is bad and then organizing them to take action.

In 2007, U.S. consumers wasted $12 billion on nearly 9 billion gallons of bottled water, in large part because advertising spin has led them to believe that water in a bottle is safer or better than tap water.

Meanwhile, the production and transportation of plastics takes a significant toll on the environment. Annual U.S. plastic bottle production requires more than 17 million barrels of oil, enough to fuel one million vehicles on our roads each year. The industrial processes emit toxic chemicals, while the transport adds more pollution and carbon emissions that contribute to global climate change.

Now, Food & Water Watch is taking a step beyond its research and organizing work. We will be catering the delivery of tap water for Slow Food Nation. Working in conjunction with SMWM Architecture, Urban Planning + Design, Food & Water Watch will coordinate the installation and operation of five tap water stations at the event and will sell patrons re-usable, environmentally friendly stainless steel canteens. Today we are also releasing a guide for caterers, conference planners or anyone who wants to plan an event that excludes bottled water.

Together, Food & Water Watch and Slow Food Nation aim to educate tens of thousands of consumers about the bottled water bane and to help them change their behavior right there on the spot. After all, they’ll be sipping on the alternative – clean, fresh tap water.