Nose to Tail: The Charcuterie Pavilion at Taste | Civil Eats

Nose to Tail: The Charcuterie Pavilion at Taste 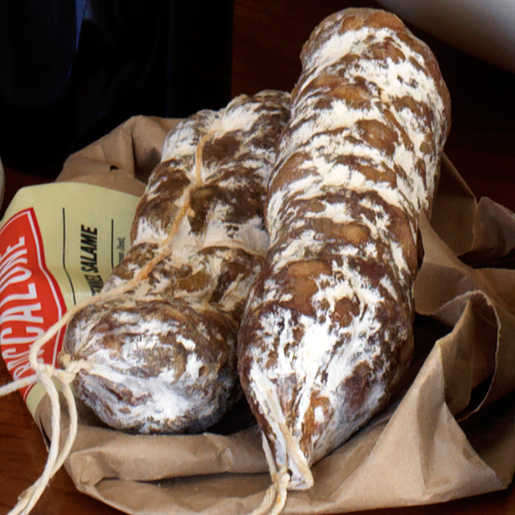 There is a new meat culture sweeping the country – a culture that delights in an “All American” bologna sandwich, as long as the bologna is made from pastured animals raised with care. In this new tradition, Old World craftsmanship is respected but also used as a springboard for modern meat interpretations. And the mantra shared by all in this society is the desire to eat the whole animal, nose to tail.

The general name for a range of cured and prepared meats is Charcuterie. Charcuterie techniques like dry-aging and curing were originally used for meat preservation, but since the advent of refrigeration remain popular for the unique and varied flavors that these methods produce. 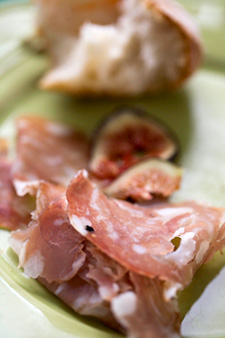 Charcuterie Taste Pavilion curator Marissa Guggiana’s voice lights up when she starts talking about the producers she’s working with. President of Sonoma Direct Meats, Marissa has strong relationships with many Charcuterie producers. “I tried to pick people who were creating a new American tradition, as well as people who are sustainably minded,” she says. But then adds: “It’s coming from a different place – there’s sort of a rebellious spirit about it.”

Part of this rebelliousness comes from creating unexpected synergies of method or taste. An excellent example is Caw Caw Creek‘s Country Prosciutto. Seasoned with classic Southern country ham flavors, then dry-cured like an Italian prosciutto. Producer Emile DeFelice uses heirloom pigs he grows himself, and calls his hams “just ridiculous,” claiming that they last for years and get better with age. This truly is slow food.

Berkeley Salumi producer Paul Bertolli of Fra’ Mani also likes to take things slow. “A lot of stuff happens seemingly by magic,” he says, referring to the curing and aging process that meat undergoes. Like all modern producers, he has the latest in temperature and humidity controls, but adds, “These are stupid tools compared with the stone cellars in Italy that I initially worked with.” It is the intuition and knowledge of the curemaster that really matters. 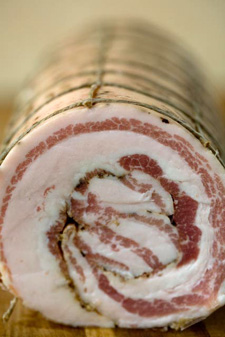 Charcuterie producers from throughout the United States will be bringing their best to sample at Taste. Producers include: