Beyond Toast: Preserves at the Taste Pavilion | Civil Eats

Beyond Toast: Preserves at the Taste Pavilion 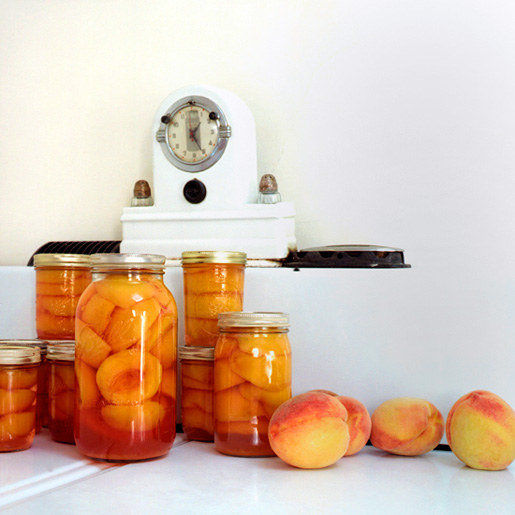 The art of preserving the season’s bounty has been an important concern since the advent of agriculture. Enjoying fruits and veggies in the dead of winter required perfecting methods of stopping the aging process, creating a flavorful still life. Casey Havre, owner and producer behind the Bay area’s preserves company Loulou’s Garden, is curating the preserves pavilion at Taste.

“I wanted artisans from all over the country represented. I looked first and especially for small producers who were themselves farmers, but then branched out to those producers who use their local produce,” she said in a recent interview. “Also, I looked for regional specialties – I wanted the whole “nation” to be represented.”

Producers include an artisan from North Carolina, Farmer’s Daughter, who makes local products like Pumpkin Chip and Scuppernong Preserves; from Alaska, Kahiltna Birchworks, who makes Wild Mixed Berry Fruit Spread; from Oregon, Ayers Creek, with their Loganberry Preserve; from Colorado, High Desert Fruit, with their Sour Cherry Confiture; from Oregon, Queener Fruit Farm, with their Black Currant Jam; and from the Bay Area (Healdsburg), Dry Creek Peach with their Peach Jam. Also coming to SFN from near the Bay Area are June Taylor, Blue Chair Fruit, We Love Jam, Lagier Ranches and Sensuous Farms.

As a specialist in making preserves herself, I asked Casey why she started her company, Loulou’s Garden.

“So that I could share my passion with as many people as possible. I love my job! My absolute favorite part is working with the season’s bounty. I love the sorting, cutting and cooking. I try to use our own organic fruit as much as possible but when I do buy from fellow farmers I love the conversation that happens as the boxes of fruit trade hands. I get to catch up on everyone’s news. It’s a beautiful way to make a living. Plus, selling at the Farmer’s Market in Berkeley gives me a chance to talk to my customers face to face and discuss their preserving successes as well. We talk about their recipes, ways to use preserves, beyond toast.”