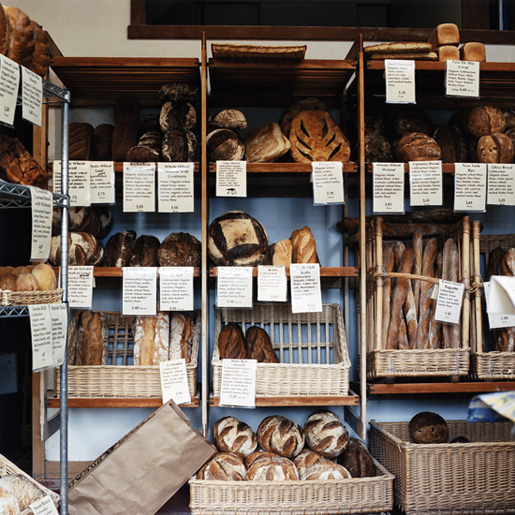 When you visit Slow Food Nation next month, you will be able to find the Bread Pavilion by following your nose. Pavilion curator Steve Sullivan of Berkeley’s acclaimed Acme Bread has selected a wonderful array of bakers and breads to showcase and share during the event. Slow Food Nation also marks a special date for Sullivan himself, who started Acme September 1, 1983. On Labor Day weekend, Acme celebrates its 25th anniversary of outstanding, delicious craftsmanship.

So when did Steve know that it was breadmaking or bust for him? What was the bread he tasted that changed his life? According to Steve, it was a trip to France in 1978, and the taste of simple country bread in the South and the pain au levain at the famous Poilâne in Paris that “convinced me that baking was something I really wanted to do.”

No strangers to Slow Food on both a local and international level, Steve and his wife Suzie have been delegates to Slow Food’s Terra Madre conference for each of its editions: 2004, 2006 and the upcoming 2008. As the US Terra Madre Coordinator for 2008 I was especially interested to hear from Steve about his experiences at Terra Madre. 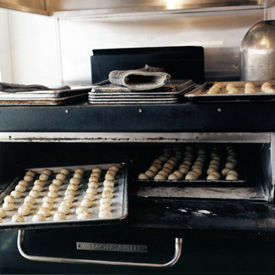 In 2004 Steve was asked to make a presentation at Terra Madre. “What am I going to have to say to them?” he asked himself. “I am from a privileged, highly educated and technological environment, where people are free to decide to become either a doctor or an urban gardener, or an artisanal baker, say. I settled on trying to point out that our experience here in the US (i.e. industrial, commercialized production) wasn’t what people should imagine as an example for the future, and that the future was going to be characterized by having to make do with what’s close to you, without using a lot of resources. I said that if people were jealous of big operations and were longing to emulate them, they should instead hold on to their traditions and their networks, because the future will favor them, and not big industrial production–the American model. It actually turned out to be prophetic.”

Artisanal bread baking is alive and well around the country, and especially in the Bay area. The Fresh Bread pavilion will include rustic sourdoughs, baguettes, focaccia, wood-fired pizza and Indian-style tandoor breads baked on-site by acclaimed local and national bakers. The team will include Steve as well as Rohit Singh, chef/owner of Breads of India in Berkeley; Charlie Hallowell of Pizzaiolo; Joel Baecker of Joel Baecker Catering in Petaluma; Nico Monday, cook at Chez Panisse; Clark Staub, creator of Full of Life Flatbreads; bakers from Amy’s Breads and Balthazar, in New York City; Turtle Bread in Minnesota; Zingerman’s Deli in Michigan; and many more. Don’t miss the chance to break bread with some of the finest bakeries in the country.