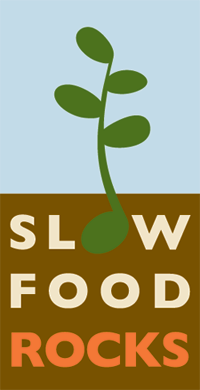 Slow Food Rocks is only one of three public events permitted on the Great Meadow this year. The concert will be held on Saturday, August 30 from 11am to 7pm and Sunday, August 31 from 11am to 5:30pm.

In a rare, hometown appearance, Phil Lesh and Friends will headline the concert on Sunday, August 31. Sunday’s other performers include G Love & Special Sauce and the John Butler Trio. Throughout the years, Phil Lesh and Friends have included some of the greatest names in rock music. The latest formation of Phil and Friends, including Lesh (the Grateful Dead’s bassist), Larry Campbell (guitar, mandolin, fiddle), Jackie Greene (vocals and guitar), Steve Molitz (keyboards) and John Molo (drums), debuted in September 2007 in Santa Barbara, CA.

Slow Food Nation is sourcing all of the food and beverage vendors for the music festival. We’ll be showcasing the best in good, clean and fair prepared foods, meats, produce, micro-brews and wine. To highlight issues concerning urban and global water use, we’re partnering with Food & Water Watch and the San Francisco Public Utilities Commission to develop accessible and visible water stations. All water will be free of charge. Festival-goers are encouraged to bring their own reusable water bottle, as Slow Food Nation strives to be a zero-waste event.

Tickets for Slow Food Rocks are on sale now at www.slowfoodrocks.com or via phone at (877) 655-4TIX (4849). Single-day and two-day passes will be available at the reserved and general admission levels.