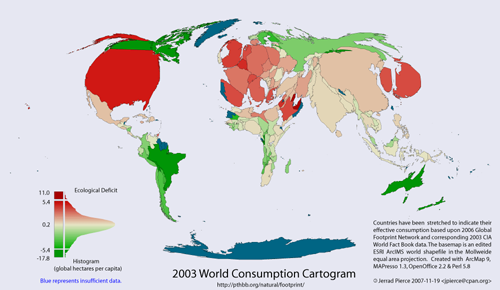 Raj Patel is the author of the book, Stuffed and Starved: The Hidden Battle for the World Food System. He will be speaking on August 29th at Slow Food Nation’s Food for Thought. You can read more about his work on his website.

Paula: Food prices are higher than ever, but farmers are struggling to survive, why don’t they see any of that money?

Raj: There are millions of farmers and billions of consumers, [and] there are really just a handful of corporations in the middle that have the power to shape the market. Some of these mega-farmers are seeing the benefit from these high prices, [but] it’s the middlemen, the corporations, that are trucking and bartering the goods. So while the consumers are paying more for food the people who benefit from this are not necessarily the people who grow it, but instead the people who distribute and invest in it.

Paula: Debt seems to be another issue keeping farmers impoverished. How do they get into debt?

Raj: It’s always a range of factors. But once they’re in that cycle of debt, they find it very hard indeed to get out. One of the stories I tell is about a farmer in India, he had a couple of acres, and he wanted to leave the land in a better condition for his kids. So he borrowed money from the local moneylender because that was the only person who would lend to him, and as a result the farmer found himself paying three-digit interest rates. And of course, he couldn’t afford to pay it back, particularly when his test for drilling irrigation failed, and he committed suicide. And in fact around the world, it’s a sort of silent epidemic of farmer suicides that began in the United States with the demise of family farms during the Reagan era. What this points to is that the state isn’t stepping in and supporting its farmers, its sort of cutting them off to the private sector. And the private sector is either these predatory lenders, or just regular banks like we see here in the United States, who are no less predatory for having shiny corporate headquarters. And as a result, more independent, sustainable family farms around the world are facing very similar circumstances with subsidies going to the mega-farms and unsustainable production being the sort of thing governments fund. Whereas good, healthy, clean food is almost being stamped out by government actions and inactions.

Paula: Subsidy programs had started originally as a form of credit. Do you think it is possible for the government to use programs like that to help these family farmers?

Raj: It has to happen. I think subsidies have a bad name, deservedly at the moment because, especially in the United States, we are being sold the idea that the Farm Bill is all about supporting the Little House on the Prarie. And that’s horseshit. If you look at who gets the subsidies, its millionaires. But there are plenty of reasons to think that a well-designed support program for food is a good idea. We fund things for the public good because society benefits from them, things like education, and elsewhere in the civilized world, healthcare. These are things that we recognize makes society better. So I think there is a role for government here, in fact government needs to be involved here, and at the moment the way government has been involved is to support of the wrong side of the sustainability equation. 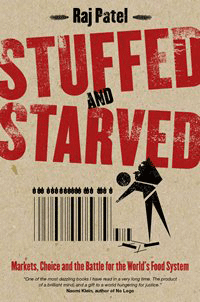 Raj: It’s certainly true that there’s been a productivity bump as a result of the Green Revolution, but that’s come at a tremendous human, ecological and social cost. In terms of the environment, the Green Revolution is hugely carbon intensive and water intensive, because it takes a lot of energy to make the fertilizers that the Green Revolution needs. So that’s why you’re seeing in areas where the Green Revolution happened, particularly in Punjab in India for example, which is the grain basket of India, farmer suicide rates are through the roof. The second thing, its not really spoken about that much but one of the tacit reasons for the Green Revolution was to prevent redistribution of land. One of the best ways to increase productivity is through land reform, by giving land that belongs to large landowners to the workers that actually work that land. But the Green Revolution was designed to prevent that because that sort of redistribution looked pretty socialist, and the United States didn’t really approve. That deep inequality still persists to this day and is a human tragedy. Now we are at a stage where we do have these inequitable land holdings and we have technology that’s going nowhere that is actually dangerous to the environment and widely recognized as such. The IAASTD (International Assessment of Agricultural Science and Technology for Development), that came out last year, headed by Robert Watson and a team of about 400 scientists [sought] to answer the question: how are we going to feed the world in 2050, when there are 9 billion of us? They looked at the options and they said Green Revolution technologies are not going to work. We don’t have enough water, we don’t have enough soil fertility to be able to support the Green Revolution. What they suggested was that we need to be moving to smaller scale, local, lower carbon footprint kinds of agriculture. Now this is very different from the monoculture that we have at the moment, growing one thing and destroying the ecosystem so that this one thing can flourish. And what they are pushing for is an agro-ecological approach where you use the ecosystem rather than destroy it, to be able to create great food in a way that builds soil fertility. I think [that it] holds a great deal of promise for the future. And that is the approach that is being tried, for example, at the Slow Food Nation Victory Garden.

Paula: In your book you talk about the American predicament a lot. Do you see the U.S. as setting the food agenda for the world?

Raj: I do, in that the Unites States enjoyed, from the beginning of the 1990s to about now, a position as an unrivaled superpower, the U.S. has been very much responsible for setting the agenda around food and food policy. And I think the United States is home to the biggest contradictions in food in the world today. There’s the fact that America is the most obese country on Earth and yet there are [at least] 35.5 million families going hungry every year. This is the richest country on Earth, it produces the most food on Earth, and yet there are people here that go hungry. That for me is a telling contradiction of the food system. And that’s why I turn to the United States a lot because it shows what can happen when markets go wild, but its also the case for what happens when people get together and organize. There are some really inspiring things happening in the United States, people are fighting back. And that’s why I live here, because it is possible to fight back in some really creative ways.

Paula: Conglomerates control most of the processing, packing, selling and also have a lot of capital to lobby in Washington. Do you think that anti-trust laws are not being enforced in America?

Raj: Absolutely. One of the things that’s happened in Europe is that the anti-trust authorities there have been aggressively following up with supermarkets to find out why the price of milk, eggs, etc are so high. Those kinds of investigations have not been carried out in the United States. And in fact if you look at the IRS prosecutions of fraud since 2000 you’ll find that they’ve halved. That is not an indication to me that the companies are twice as well behaved now than they were in 2000. I think precisely anti-trust and regulatory authorities are being beaten down by an administration that is being run by large corporations.

Paula: How do we begin to dismantle this? What do we have as citizens take on this large corporate-mindedness?

Raj: Change has never happened because someone gave it to us, change has always happened because we took it. And I think that organizing around food is a great way of taking change. What that means concretely is sort of a food policy council, we have two food policy councils here in the bay area and more on the way, and basically those are local government spaces in which people can democratically demand of their local government, for example, that food come from within 100-200 miles of where ever your municipality is. And demanding that there be space for farmer’s markets, and demanding that there be space for victory gardens, and demanding that there be adequate support for low income people to be able to eat. There is a lot of really exciting local organizing happening. As the current food system heads deeper and deeper into crisis, it is those islands of sanity that will offer us a way out, and allow us to make bigger and bigger changes.

This is Part 1 of two parts. The second part will be posted next week. Raj Patel’s talk at Food for Thought is sold out. Please stay tuned for updates on the series.