How to Know When Farmed Seafood is Safe | Civil Eats

How to Know When Farmed Seafood is Safe 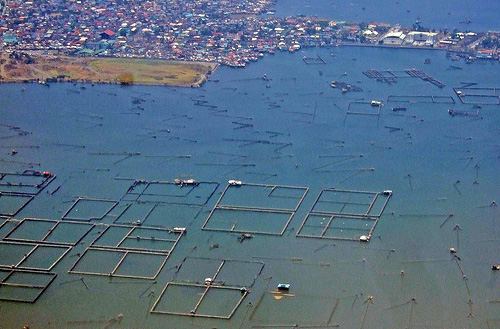 When shopping at the supermarket these days, few signs instill as much fear as the dreaded phrase, “farmed seafood.”

We’ve been conditioned—and often rightfully so—to just roll our carts right past and say, “No!”

These fish are fed dye pellets, given antibiotics, and produce so much waste that it pollutes surrounding waters? Who’d want any part of that?

With supplies of wild seafood dwindling around the world to sometimes catastrophic levels, though, we’d be foolish to dismiss all farmed seafood as equally evil. Indeed, some cultivation operations now are drawing praise.

While concerns still exist about the impact some of these operations may have in the long run, there is growing hope that they may help relieve the increasing stress on our food supply in the future.

Here’s a primer on some farmed seafood to consider:

Abalone: Once abundant, wild abalone became so overfished that all commercial fishing of it was shut down in California in 1997. It remains illegal to buy or sell wild abalone in this state. 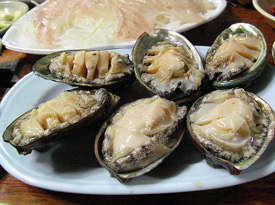 California is the only state in the country with abalone farms. There are 13 in the state; three of them are in Northern California.

Farmed abalone gets a “best choice rating” by the Monterey Bay Aquarium’s Seafood Watch Guide because U.S. farms are highly regulated. Moreover, most farmed abalone eat kelp, which is not only sustainable, but one of the fastest growing plants in the sea.

Tilapia: A fish with ancient origins, tilapia is believed to have been the fish in the Sea of Galilee used by Jesus to miraculously feed the starving masses. It’s also a fish of unlimited promise: It was the first one taken into space—aboard the shuttle Discovery in 1998—to study its potential as a food source for a future space station. 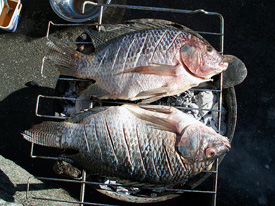 Scientists trumpet tilapia because it breeds prolifically, even in brackish or recycled water. Environmentalists like it because, unlike most other farm-raised fish, which must eat other fish to grow, tilapia is an omnivore that can thrive on soy, corn, wheat or even algae or plant waste. In contrast to farm fisheries that are maintained outdoors near natural habitats, tilapia farms can be housed indoors where resulting wastewater and pollution can be better controlled. 30,000 pounds of tilapia can be raised on just three acres annually—the same amount of space it takes to raise one 650-pound cow. It’s no wonder that U.S. tilapia gets a “best choice” ranking in the Seafood Watch Guide.

Sturgeon: Two centuries ago, wild sturgeon were so bountiful in U.S. rivers that their eggs were turned into caviar and served free at bars. But overzealous fishing and habitat destruction decimated the species until all commercial sturgeon fishing in California was shut down in 1915. 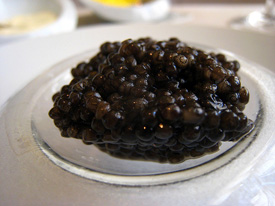 Today, though, thanks to pioneering efforts in California, white sturgeon has made a dramatic comeback. The state now leads the country in the production of farm-raised white sturgeon. Farmed sturgeon gets a “best choice” label from the Monterey Bay Aquarium’s Seafood Watch Guide. Unlike farmed salmon, cultivated sturgeon are not raised in pens in open water, but in tanks on land, where waste can be more easily disposed of.

The meat is sold to restaurants and seafood markets. The eggs are harvested to make caviar—a great alternative to caviar from the Caspian Sea, where Beluga sturgeon have become so overfished for their eggs that they are considered on the verge of extinction.

Kona Kampachi: A relative of Japanese hamachi or yellowtail, this silvery fish known as kahala, is native species of Hawaii. It has undetectable levels of mercury. It is raised in pens in extremely deep, open water with swift currents to dilute waste. Unlike farmed Atlantic salmon, which is raised nowhere near its native area, Kona Kampachi (the trademarked name of the farmed fish) is being grown in the same waters where its wild counterparts swim. Because they are not genetically modified, any that may escape accidentally would not dramatically alter the fish gene pool or ecosystem, farm owners say.

Because great strides have been made to rely less on fishmeal to feed the fish, Kona Kampachi is now listed as a “Good Alternative” by the Seafood Watch Guide. The feed is 50 percent oils and proteins from canola, soy, flax, corn and wheat; 20 percent byproducts of poultry; and just 30 percent fishmeal and fish oil.

Raised in pens off the coast of Scotland, this farmed salmon, raised without hormones or antibiotics, is a species that is indigenous to the waters there.

Loch Duart, an independently owned Scottish farm that was established in 1999, received a Scottish national honor in 2004, known as the Vision in Business for the Environment for Scotland award. It was also the first salmon farm to receive the Freedom Food certification from the Royal Society for the Prevention of Cruelty to Animals for its fish welfare practices. It has adopted the rare practice of allowing one of its sites to remain fallow each year—for the entire year—much like crop rotation in agriculture, to allow it to return to a more natural state before production resumes.

While environmentalists in the United States acknowledge that Loch Duart exercises some good practices, they still question whether that’s enough to negate all the other problems surrounding farmed salmon. Namely, farmed salmon create a lot of waste and food pollution; and when they escape, they end up competing with wild fish for food and habitat.

Kindai tuna: With the world’s growing appetite for sushi, wild bluefin tuna has been severely overfished in the past century. A university in Japan, though, has succeeded in raising the first farm-raised bluefin in captivity from the egg.

Though still scarce in supply, the farm-raised Kindai is being served by a handful of exclusive restaurants in the United States, including the French Laundry in Yountville and the Dining Room at the Ritz-Carlton in San Francisco. Each week, only one shipment of Kindai arrives in the United States. One fish goes to New York, the other two to the Bay Area.

While Kindai may offer a viable alternative to wild bluefin, environmentalists remain concerned that it is raised in pens in the open ocean. They are also uneasy that it takes about 26 pounds of feed to produce 1 pound of Kindai. The feed is made of squid, blue mackerel, and sand eel, all presently sustainable species.