The Victory Garden is Planted! 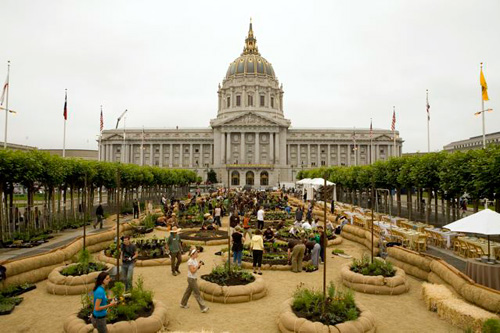 After 10 days of incredible action—sod removal, bed and ground preparation, installation of irrigation lines and fencing, the building of a fantastic soap box—the lawn in front of San Francisco’s City Hall was transformed into the Slow Food Nation Victory Garden. It was a perfect planting day as 150 volunteers helped moved nearly 4,000 plants into their new homes. Teams divided into zones with their leaders and peacefully planted lettuce, tomatoes, beans, herbs, flowers and so much more. Good thoughts and prayers (including those from the next-door religious meeting) were had by all. Together, we built a “garden of communities,” as Victory Garden Manager John Bela calls it. Bela and Willow Rosenthal, founder of City Slicker Farms, in West Oakland, where the seedlings were started, joined Slow Food Nation Executive Director Anya Fernald and Founder Alice Waters to welcome Mayor Gavin Newsom to the garden.

The Mayor and Alice planted lettuce together in the garden and each spoke of the need for a sustainable food system, with the Victory Garden being just the first step to creating a national goal of making fresh, local food available to everyone. With an emphasis on good food being a universal birthright, they championed the myriad individuals, organizations and City departments involved in making the Slow Food Nation Victory Garden possible, and called for continued leadership and stewardship for such programs. 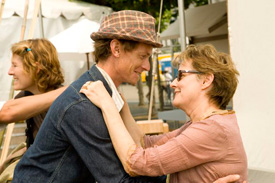 The day was glorious in its simplicity: take an urban plot of land and make it green. Meet your neighbor and do good. Grow food for people in need. These are all part of the vision and mission of Slow Food Nation to bring good, clean and fair food to all. Come join us this summer at the Victory Garden and at Slow Food Nation.

We are extremely grateful to our partners on this project:

Katrina Heron, our Board Chair, who has shown enormous leadership – and was the first to have vision of creating the Victory Garden in Civic Center plaza;

Bon Appetite Management Company, which prepared an outstanding and beautiful lunch for nearly 200 people on Civic Center plaza, and whose Google Café prepared lunch for hundreds of volunteers over the 10 day installation period;

And last, but not at all least, the countless hours spent by volunteers, including Slow Food Nation staff, on creating a vital, living and breathing garden in the center of San Francisco. 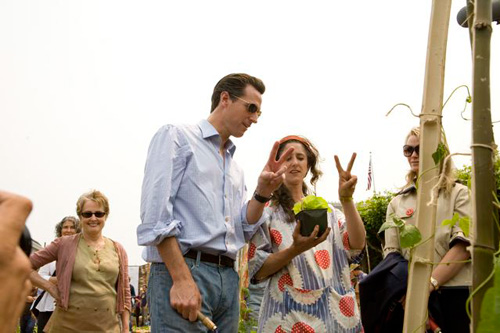 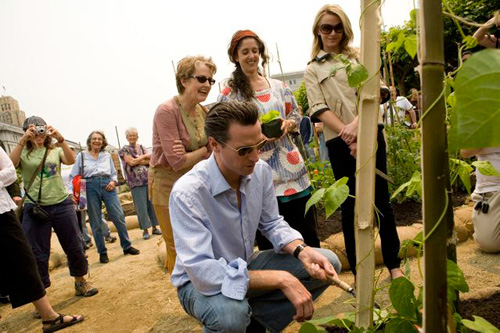 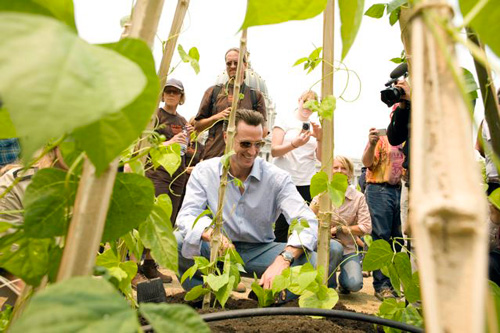 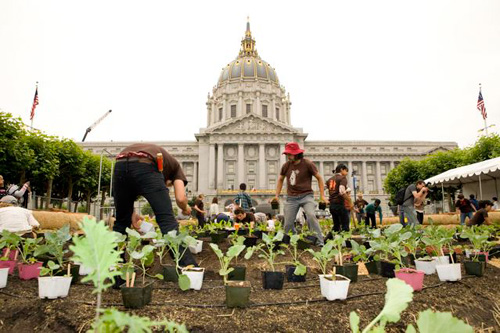