Does Northern California Have a Regional Cuisine? 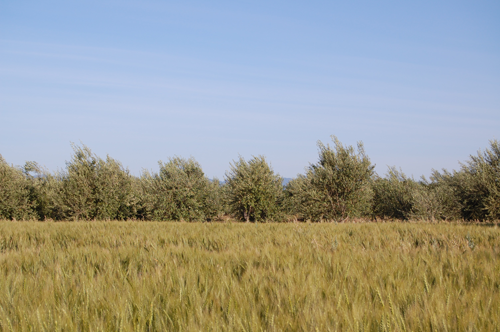 The short answer is: ‘no.’ But there is also a longer answer that can provide some texture, depth, and a feeling (possibly illusory) of understanding.

If you travel to Italy, you may find the locals passionately arguing the relative merits of the cuisines of Tuscany and Liguria and Calabria.  At a finer scale, each little valley has its own cheese, wine, olive oil, and way of seasoning a chicken, deeply rooted in tradition and slightly different from neighboring valleys. This, too, is subject to endless discussion and judgment.  Such is regional cuisine at its best.

The Italian experience is not replicated here. You will not find partisans arguing the merits of the cuisine of Sacramento compared to that of, say, Bakersfield or Redding.  The entire state shares the national food culture: Whopper and fries, large Coke and a Snickers bar, to go. And, as food is based in agriculture, the Whopper and fries can be seen as the fruit of industrial agriculture, that many-armed conglomeration of Monsanto/Cargill/Bank of America/Exxon/ADM/John Deere/Union Pacific/General Mills/USDA/Dow Chemical/Goldman-Sachs/Burger King and their multinational brethren. It is a system that is good for the shareholders but not so good for the land, nor for those who eat its food-like products.

Of course not all land in California is farmed industrially; there are plenty of farmers, mostly on small farms, following contrary and original philosophies, and harvesting crops of exceptional quality.  And there are chefs who recognize the culinary value of these farms and their products, and feature them in their menus.  Could this not be the basis for a regional cuisine?  Not yet. It fails on a number of points.

Regional cuisine is not so much the inspired creation of a chef as it the shared culture of an entire populace.  It is most likely to develop in geographic isolation, and in conditions of poverty, or at least austerity.  It also requires cultural continuity over generations.  The local wine of some little valley is the product of a particular strain of grapes, styles of trellising and pruning, the tradition of spreading ashes and duck manure in the vineyard on a particular saint’s day, the manner by which ripeness is judged, the kind of baskets in which the grapes are carried, the strain of yeast used in the winery, the type of wood used to make the barrels, the temperature, and five thousand other factors that jointly determine the character of the wine.  The result in turn must endure the judgments, prejudices, and endless discussion of the locals who will drink—or refuse to drink—the wine.  It takes generations for all of this to come into balance. The same goes for the local goats that make the cheese, the local varieties of wheat and rye, and the local style of grafting fruit trees.

Another feature of true regional cuisine is that it is repetitive.  You eat the same meal ninety nights in a row, and then, as the season changes, you eat a somewhat different meal for ninety nights in a row, and so forth, until soon the year rolls around and you’re back where you started.  Eating the same menu steadily for seventy years gives you a deep appreciation of its nuances and subtleties. Where there is a strong regional cuisine, everyone is an expert on food.

These conditions do not apply in Northern California.  We are a population of immigrants and nomads, constantly in motion.  Hardly any child follows the profession of his parent.  We value individuality and originality over cultural continuity.  We complain if we get the same meal two nights in a row. We have too much wealth, too much freedom, too high an opinion of novelty, and too little history. No matter how brilliant the creation of a chef using local ingredients, the cultural context is unsuitable for it to become the basis of a regional tradition.

This brings us to a paradox.  In our enthusiasm for regional cuisines we have dragged them home with us from every corner of the planet.  Within a few city blocks you will find Mongolian barbecue, Chinese take-out, sushi, curry, hummus, strudels, samosas, enchiladas, and innumerable other ethnic and regional specialties. But in the course of setting up this global smorgasbord, we have created a set of conditions that make it impossible for us to develop our own regional cuisine, rooted in our own agriculture and common experience. We lack the prerequisites of geographic isolation, scarcity, and cultural continuity.

This is not to say that it won’t ever happen. Globalization, which is so destructive of cultures, depends on cheap fuel and cheap food, two conditions that are rapidly disappearing.  We are seeing abandonment of trade agreements and the resurgence of mercantilism.  This is good news.  As the movement of goods and people around the planet becomes increasingly difficult and expensive, we may experience a revival of regionalism.  It could include Northern California. But not yet.